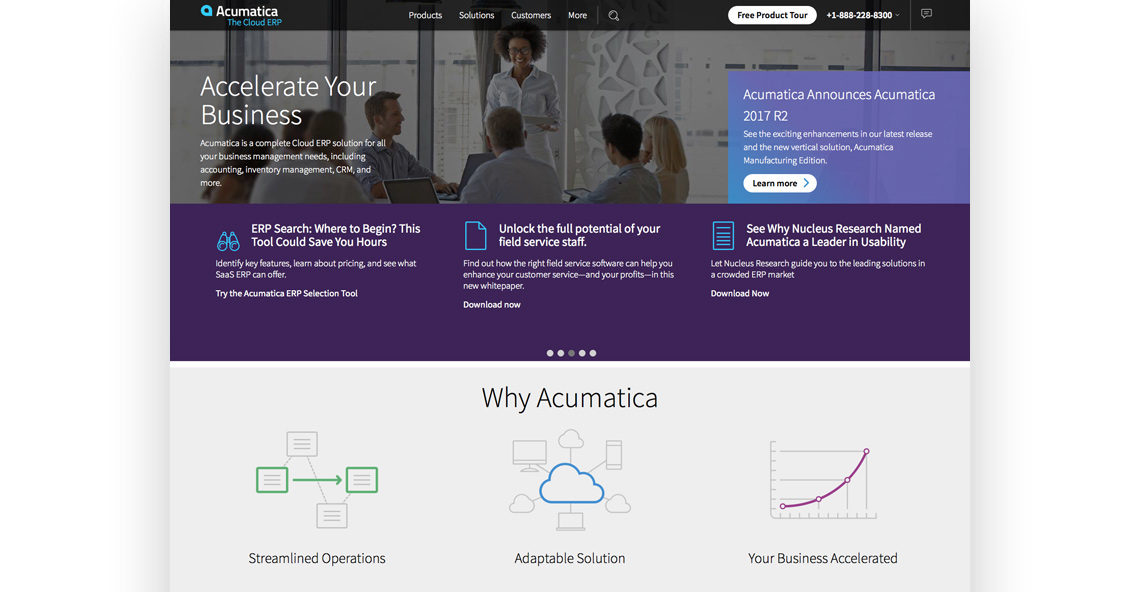 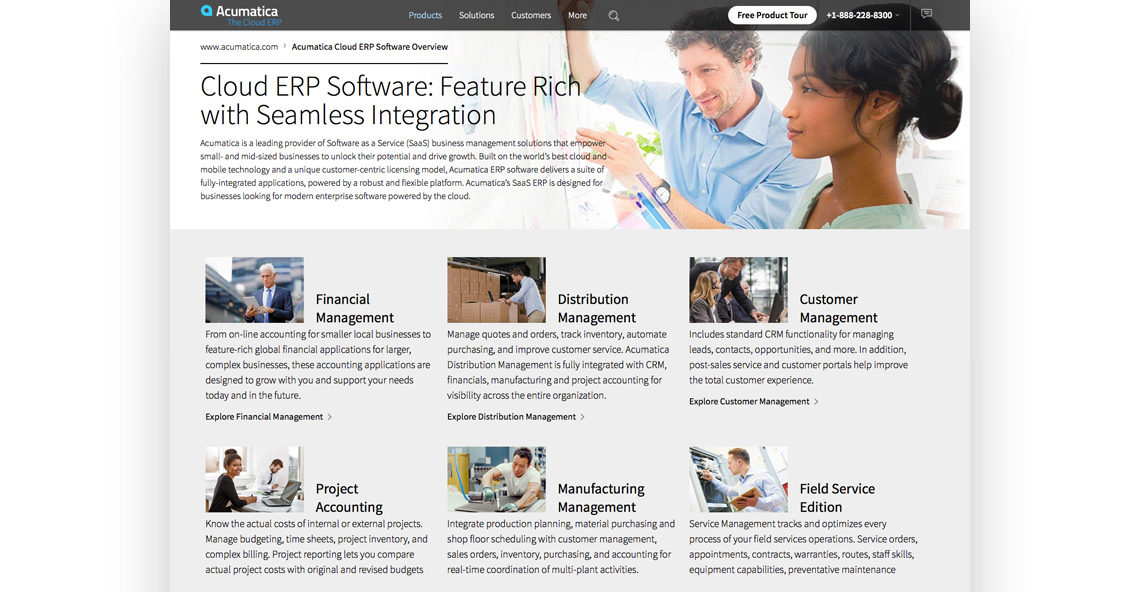 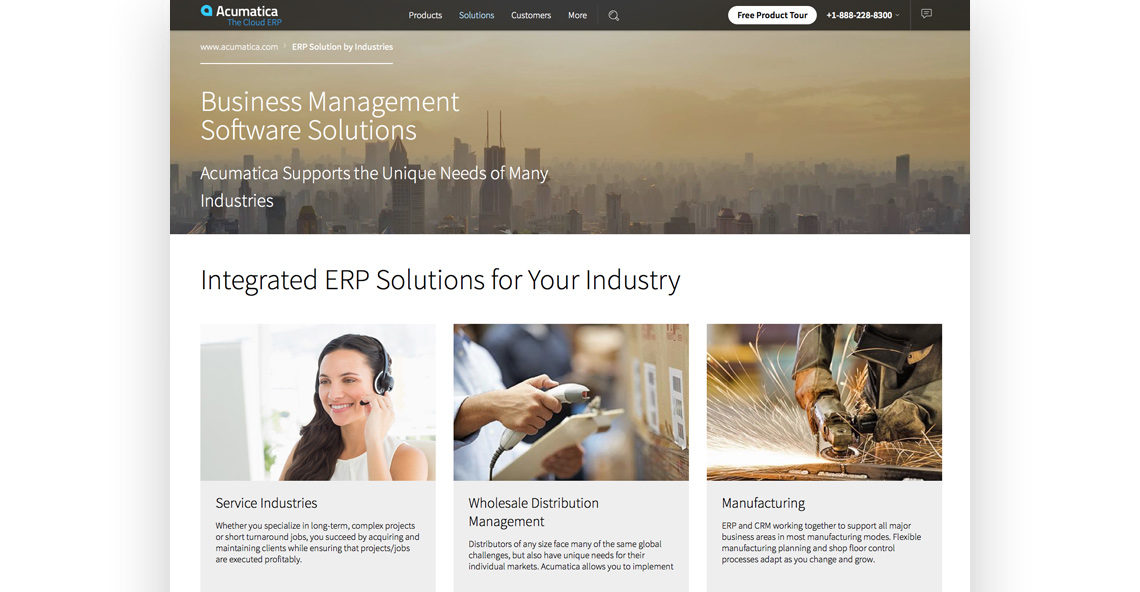 Problem: Acumatica sought to optimise their site which provides services in the field of Cloud ERP. An up to date system was desired for tracking users with the ability to build reports based on it, to replace deprecated modules and code.

Solution: Our two developers systematically established the development process, automated assembling and testing issues, closely interacted (and continue to interact) with the team from the United States (Seattle). As a result, we managed to significantly increase the speed of page load. We also added the generic map with the help of ACF, and transferred the generation of the html-code to the template engine.